Video May Build Brand But Film Can Bend Culture

For the past year, live video has been touted as the next big thing in branding, personal or otherwise. Between Facebook Live, Gary Vaynerchuk’s social media machine and most recently, LinkedIn’s native video response, you cannot escape the video blitz.

That said, the shelf life of live video is incredibly short and other video forms are not much longer anymore. There is no doubt that there is a place for live and corporate videos to highlight you and your company or sell a product or service but with the commoditization of live video and a video camera in every pocket, how long do you think that “video” will remain relevant?

On the other hand, a good short film can create relevance, revenues and impact for years… and this is true in both business and not-for-profit arenas.

Have a Story Worth Telling

A few years ago, I was given the opportunity to commemorate the delivery of the 100,000th wheelchair for Wheels for the World, a remarkable Joni and Friends program that collects and rehabs discarded wheelchairs and then, sends teams of talented therapists and mechanics to fit them perfectly to disabled individuals in significant need of mobility.

In this case, the normal commemorative process for a charitable organization would be to capture the wheelchair distribution in documentary style on video for sharing with existing financial supporters and other new fundraising activities. In other words, making the wheelchair is the main character of the story.

Although these impact documentary videos have been the industry norm for many years, they too are experiencing a drop in effectiveness. That said, Joni and Friends still does an exceptional job of it.

I met with the video team and shared the idea of wanting to tell a story and flipping the focus to making the person receiving the wheelchair the main character “of the film.” On that day, the visual media department seemed transformed into a story telling movie production company, most especially, Director Lori Kallestad, Editor Dustin Winebrenner, and Animator Glen Garcia.

Wheels for the World started in Ghana 20 years earlier and at that time, over 8,000 Joni and Friends’ wheelchairs had been distributed in-county and created quite a large network of people and churches that knew about the Wheels program. So, a nationwide search in Ghana was launched for the 100,000th wheelchair recipient and ultimately, over 25 submissions were received for consideration. (Incidentally, every person nominated received a chair of their own.)

Each submission included pictures and detailed information about the person needing the chair, their family and how they fit into their community. We not only wanted to tell the story of the change mobility can bring to the individual but the impact it can make on the people and community around them.

After an exhaustive search, a five-year old boy named Ebenezer was selected. Since the film was about him and his life, the storyboard literally sketched itself. A broken family, an overwhelmed mother, estrangement from friends and family, no chance of going to school and no support network.

Ebenezer, A Story of Hope was released in November 2014 and has been seen by tens of thousands of people and is still being shared today. After watching this short film, people are moved to action…and give of their time, talent and treasure.

A good story reaches beyond our intellect and pierces our hearts. We all love stories, most especially, aspirational stories. If story is the contagion you want to spread, film is the carrier. 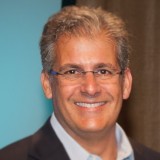